A sole proprietorship is owned entirely by a single person. In the case of a sole proprietorship, the business is not legally a separate entity from the individual. The individual owner assumes a great deal of liability as his/her assets are not considered to be separate from that of the business. Also, the debts of the business are not considered to be separate from the individual. If the owner is married any property owned in conjunction with another person such as (community property) would also be considered “assets” of the business. Consequently this business structure could entail a great deal of risk and liability for the owner. Should anything go wrong, what might have been considered private property (i.e. cars, homes, land, bank accounts, etc.) could be seized in a lawsuit against the business.

A general partnership is made up of two or more partners going into business together. Like a sole proprietorship the individuals involved are personally responsible for all debts and legal obligations of the business. The most dangerous trait of a general partnership is that the individual partners are liable for the debts and legal obligations incurred by the other partners when doing business on behalf of the company. A partnership is dissolved upon the death or withdrawal of a partner unless certain precautions are taken.

Unlike a general partnership which is designed to continue during the lives of the partners, a joint venture is created with a specific project in mind. It generally dissolves once the project has been completed. Members of the joint venture are exposed to full legal liability.

A limited liability partnership is created to protect partners from liability caused by other partners. (E.g. a partner gets into an at-fault accident while running errands and the company is sued.) However, it does not typically shield the partner who caused the liability. A limited liability partnership can operate more informally and flexibly than a corporation, and is accorded full partnership tax treatment. Some states such as California impose limitations on who may form an LLP. In California, with few exceptions, only attorneys, certified accountants and architects may form an LLP.

Limited liability companies are popular because they essentially combine the best of both worlds; the limited liability of a corporation and the favorable taxation accorded to partnerships. Just as limited partnerships and corporations are considered to be separate legal entities from their member/owners, so are LLCs. Most states have allowed for single member/owner LLCs. One should note that IRS rules and regulations regarding single-owner LLCs (may be taxed as a corporation or disregarded entity for taxation purposes) can be different from those with more than one (may choose to be taxed as a partnership or corporation).

A corporation is a separate legal and tax entity from the owners. This type of general, for-profit corporation is referred to as a “C” corporation (referring to Chapter C in the IRS code). To be incorporated an Incorporator must draft legal documents and, file the documents with the appropriate government agency and pay the required fees. A corporation is owned by shareholders and is managed and controlled by the board of directors who elect the president and determine the policies and actions to be taken by the corporation. In order to maintain corporate status (included limited liability and favorable taxation) certain simple formalities must be observed in order to keep the corporate shield in tact. These formalities include, but are not limited to; annual meeting of the board of directors, the issuing of stock, keeping of corporate minutes and the appointing of corporate officers.

An “S” corporation begins as a “C” corporation. After the initial filing an additional form (form 2553) is filed with the IRS to change to “S” corporation status (referring to Chapter S in the IRS code). There may be additional state filings required. Once this process is complete, the IRS treats the corporation like a partnership or sole proprietorship instead of a separately taxed entity. This results in shareholders’ individual tax returns reflecting income generated or losses accrued by the corporation. Converting to an “S” corporation affects the tax status but does not generally effect the legal protection offered by the corporation. Often a reasonably small salary is paid and a large Schedule K-1 distribution is paid to the employee/owner to help lower Social Security and Medicare taxes. Note: This information is for general informational purposes only not a substitute for advice from a licensed tax professional. 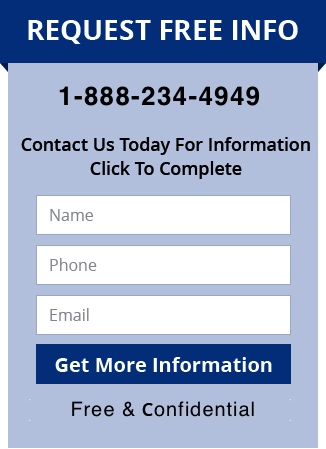